Very recently I took an old piece of generative art called "orbital spiral" and brought it into volumetric physical form through the use of canvas and printing. The result is attached below. 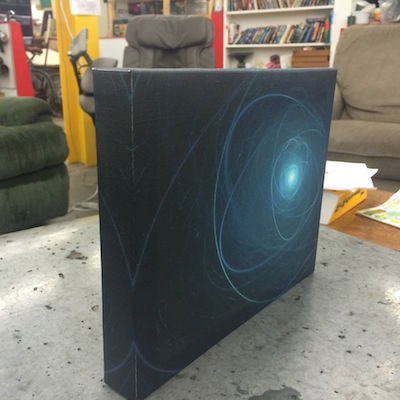 Last Friday, I had a rare occurrence of a filament jam with my 3-Doodler. I suspect it was in part to my switching from PLA to ABS which caused the issue. The filament refused to eject from the pen, so I decided to pop the screws and see the guts of the 3-Doodler.

Below are some pics I snapped while getting out the offending stuck material: Read more »

1st Test Scan
This past week I finally got my NextEngine 3-D laser scanner up and running.

What is Artisan's Asylum? The Economist comes closest to describing it ...

What is Artisan's Asylum? This The Economist video comes closest to describing it, so far.

I came to the conclusion that my EL Pinwheel side project was collecting dust, so I gave an Artisan's Asylum burner the star, and some extra AA's to have some fun with it. I hope to possibly see this wind up in the background shot or a video of some playa action, but I doubt it will make it back into my hands in one piece. :) 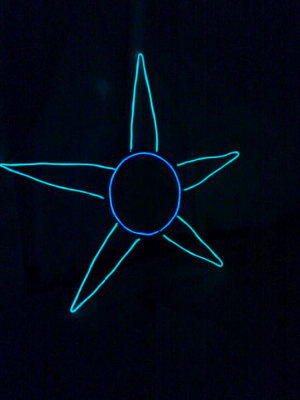 EL pinwheel star headed to that thing in the desert?